Former Manchester united defender is supporting and advising for Robert Lewandowski to start a petition to ensure the Ballon d'Or is awarded this season. 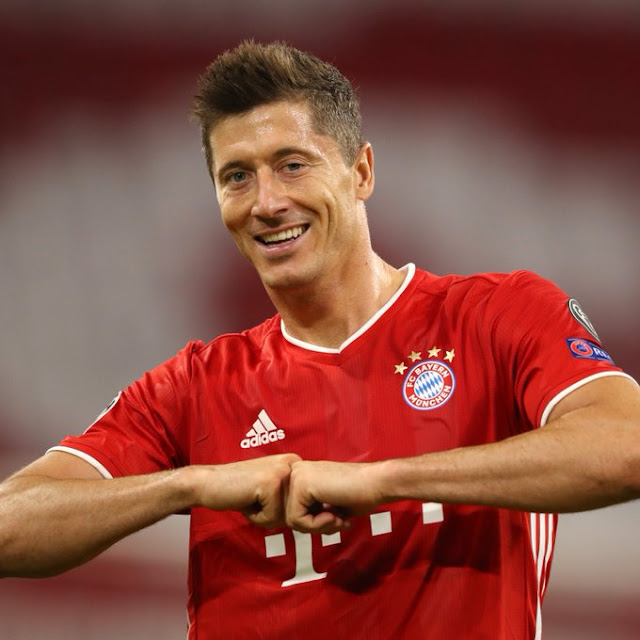 The Poland striker has been a beast in front of goal this season and looks to be favourite to clinch the award this season.

The award was announced to be canceled last month by the French football due to "lack of sufficient fair conditions" as a result of the corona virus pandemic.The Ballon d'or award had previously been awarded every year since it was first founded in 1956.

The 31 year old striker has scored 53 goals for Bayern Munich in all competitions so far this season.

"If i'm Lewandowki and they have cancelled the Ballon d'or,i'm starting up a petition to get it back on"

"Aside from the year when Luka Modric won it,Messi and Ronaldo have dominated that award for the past 12 years and Lewandowski has taken himself to the next level this season.

"I can't believe they have cancelled it.It's cruel,that is a good word to describe it.Lewandowski deserves to win that award for what he has done this season and if he leads Bayern Munich to the Champions League and they still decide they won't give it out to him,it's not right.

"People say Ronaldo takes the award too seriously,but i'm not having that.What the award means to the history of the game,i think it's a disgrace that they have taken it away this year.

"Why can't they give the award out,even if they don't have a big ceremony to hand it over like they normally do?I think it's really out of order.

"This is a big deal.You talk  to Micheal Own and ask him what the best trophy was in his career and he might say it was the Ballon d'O in 2001.

" To be on that list as the best player in the World is special.All these players want to be there.That's the elite,the ultimate for a top player,and in this generation now there are two players who have dominated it for so long.

"That would have made it all the more special for Lewandowski to get his name on that list and i can't believe they have taken it away from him".